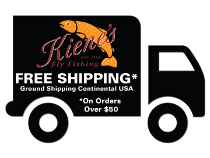 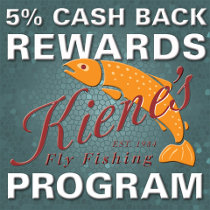 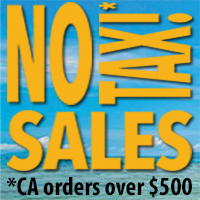 The Boss series of flies were originally created by a northern California fly tier, Grant King to catch steelhead on the famous Russian River. Traditionally intended for steelhead, the Black Boss has boasted many super sized catches of Chinook and Coho salmon over the years. The effectiveness of this pattern is not limited to this great states borders, the Boss has become a staple steelhead fly among serious fly anglers all the way to Alaska. The Boss fly pattern has a few unique features suited for fishing the faster flowing waters of the Pacific Northwest. The heavy dumbbell eyes allow this pattern to dredge down in the cool, deep flows and stir up even the most lackadaisical of fish. The stiff bucktail hair that is used for the flies tail also helps to keep the fly from fouling on those long casts that are needed to get the fly to where the fish are holding.

When fishing the boss pattern there is no special techniques needed, simply fish it as you would any other big streamer fly. A traditional upstream and across cast is used to present the fly, then allow the fly to dead drift down stream drag free and swing at the end of the run. A good idea is to use some sort of strike indicator coupled to this pattern since the fly will be on or near bottom and light takes by fish will be hard to detect

Step 1 Start this fly by securing your salmon hook into your vice tightly. Attach the thread behind your hook eye and fasten down the bead chain eyes to the hook shank. Use figure eight thread wraps to secure the bead chain eyes in place tightly. A drop or two of Dave's Flexament is a good idea here just to make sure that the eyes do not spin around the hook shank freely. Step 2 Clip and clean a small section of black bucktail that you have removed from the tail. Place this bucktail hair in your hair stacker and align the tips. Remove the stacked bucktail and tie it down to the hook shank extending off the back of the hook. Make sure that the bucktail hair does not spin around to the bottom of the hook shank when you apply pressure with the thread. The tail length should be approximately as long as the hook shank length. Step 3 Clip a three inch section of flat silver tinsel and tie it down onto the hook shank extending off the back of the hook. Similarly clip a five inch section of black chenille and strip off the end ½ inch. By stripping this little piece off the chenille and leaving only the core exposed, when you tie it down on the hook shank there will be minimal build up to the underbody. Tie in the chenille strip off the back of the hook shank and make sure that the thread was advanced all the way to the point above the barb and then back up the shank to the bead chain eyes. Step 4 Wrap the chenille forward to the back of the bead eyes creating a nice tapered look to the body. A few warps back to the middle of the hook shank and then to the back of the bead chain eyes might be needed to build up a slightly thicker abdomen section. Step 5 Wrap the tinsel forward up the chenille body you just created in the opposite direction that you wrapped the chenille. This will help to keep the tinsel from falling into the seams of the wrapped chenille. Try and make the tinsel wraps up the body as even as possible. I used six wraps of tinsel to get from the back of the fly to the front but less than that is fine. Step 6 Select a nice even orange saddle hackle and smooth the individual hackles fibers towards the rear of the shaft. Tie in the saddle hackle by its tip and palmer the hackle forward until a nice thick collar has been created Step 7 Lastly make a few wraps of thread onto the collar hackle you just created to give a slight swept appearance to the hackle. Whip finish the thread and cement the head thoroughly.